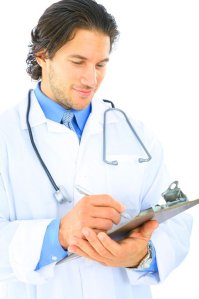 Diminished energy, reduced lean muscle mass, decreased libido, erectile dysfunction…these symptoms are common in men with low levels of the hormone testosterone. Men with type 2 diabetes are particularly prone to this hormonal deficiency—it affects about one-third of them—and it can make their blood sugar problems even worse. Good news: Testosterone replacement therapy has multiple benefits for such men, a recent study shows.Participants included 81 men with diabetes. Some had normal levels of free testosterone (the amount of the hormone in the bloodstream)…some had low levels of less than five nanograms per deciliter (ng/dL). At the start of the study, all the men were given a battery of tests and, as expected, men with low testosterone had a bunch of problems. They had more body fat, less lean muscle and more inflammation, and they were more insulin-resistant—meaning their bodies were less able to recognize and respond to insulin.

What the testosterone did: In the placebo group, nothing improved. However, among the men who received testosterone injections, insulin resistance improved by nearly 30%—and that was enough of an improvement to essentially get rid of their insulin resistance. What’s more, these men lost an average of 4.5 pounds of fat and gained 4.5 pounds of lean muscle…their inflammation decreased…and they reported significant improvement in libido and increased satisfaction with their erections.

Men with diabetes: Doctors generally do not screen diabetes patients for testosterone deficiency , so ask to be tested—it is a simple and inexpensive blood test. If your free testosterone level is below five ng/dL, talk to your doctor about bringing it back up to normal with testosterone replacement therapy. There are four forms of testosterone therapy—injections, topical gel, topical custom-compounded cream and surgically inserted pellets. The treatment could make it easier for you to manage your diabetes by lessening your insulin resistance…and it could boost your energy, strength and sex life, as well.

Source: Sandeep Dhindsa, MD, endocrinologist and associate professor, State University of New York at Buffalo. His research was presented at the 2013 meeting of the American Association of Clinical Endocrinologists.

If you would like to find out your testosterone levels or if you have previously been diagnosed as suffering from Low Testosterone, Hypogonadism or Andropause, contact us.

Send us an email for information on our practice, our TRT protocols and our adjunct therapies: cblaisdell@corenewengland.com.