“If you haven’t heard of Glutathione yet, you will,” says Mark Hyman, MD, founder of The UltraWellness Center in Lenox, Mass., and a pioneer in the field of functional medicine. “In terms of staying healthy, it is one of the most important molecules in the body.” 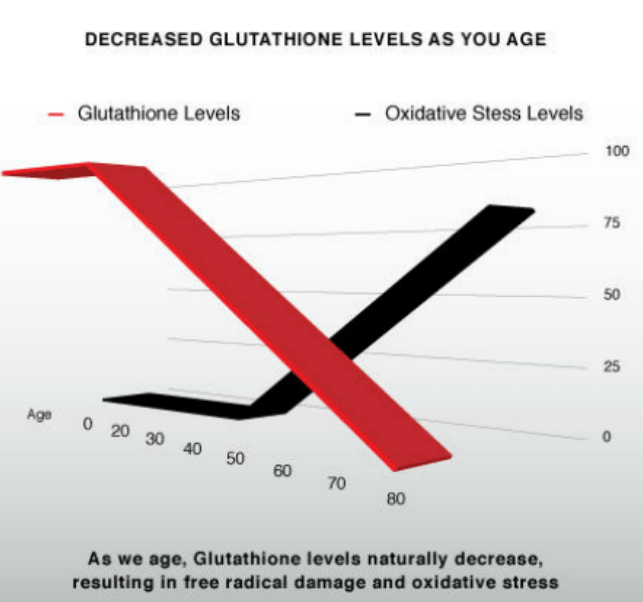 Glutathione is perhaps the single most important adjunct therapy offered at Boston Testosterone.

It’s the most powerful anti-oxidant in the world. Contained within our bodies, Glutathione acts as a buffer for any harmful toxins, chemicals or damaged cells that are introduced. And in an increasingly toxic environment, having optimized Glutathione levels has never been more important. It’s been dubbed the Mother of all Antioxidants by Dr. Hyman.

It’s also a powerful and immensely important anti-cancer and heart disease protector. Glutathione also also detoxifies the brain by way of its scavenging of oxidative byproducts and chelation (capture and excretion) of heavy metals. Glutathione protects neve cells and the nerve conduction critical to our mental processing, especially from the toxin mercury.

Glutathione occupies an important place in our bodies and is believed to neutralize at least thirty cancer-causing substances. It acts by blocking free radicals that damage cell DNA, leading to mutations and transformations into tumors.

Can high Glutathione levels be the key to living to 100?

With Glutathione meaning better detoxification, it follows logically then that people with the highest levels should live the longest. That was the theory that drove Danish researchers to enroll 41 centenarians (people over 100 years of age) in a study of glutathione levels. Their results, published in the journal Age and Ageing, found that Glutathione levels were highest in the healthiest seniors. Additionally, they discovered that the centenarians had higher levels of glutathione than people 20 to 40 years younger, hinting that Glutathione may be one reason why their subjects had lived to such a ripe age. Andersen HR, et al., Age Ageing. 1998 Sep;27(5):643-8

Glutathione also prevents peroxidation of fats which damage cell membranes. This is facilitated by deposition of fat in the blood vessel walls. By preventing this process, Glutathione greatly reduces the risk of heart disease, including the most fatal angina, myocardial infarction.

Scientists are now speculating that low glutathione levels are partly to blame for the free-radical-induced illnesses so common in middle age and later, such as Alzheimer’s, cancer and heart disease. Indeed, research published in the New England Journal of Medicine found that, among people with heart disease, those with the least amount of Glutathione in their blood were 30 percent more likely to have a heart attack than those with the most glutathione.

The bad news: Glutathione can be depleted rather quickly if a person is sick, has been working out hard, drinking or smoking which can lead to more illness. High stress levels, certain medications, past infections and a poor diet can all nibble away at the body’s Glutathione stash.

And naturally decreasing Glutathione production leaves most of us deficient. (see the chart to the right).

The good news: Protecting your glutathione levels is simple with Boston Testosterone Centers! As a patient of ours, we can optimize your Glutathione levels quickly and easily through SubQ administration prescription or through an IV Infusion at one of our clinics.

And for those that exercise or are athletic-orientated people, Glutathione is very beneficial.

They consistently report their energy levels have reached new highs and they have higher levels of endurance.

“Raised glutathione levels include increase strength and endurance. Those interested in physical fitness can benefit from a definite athletic edge.” Journal of Applied Physiology 87: 1381-1385, 1999

Read also the following excerpt from Dr. Herbert Nagasawa, one of the worlds leading research scientists on cellular function.

“Categorically and without any equivocation whatsoever, I can tell you that Glutathione is THE most important endogenous antioxidant there is. For one thing it is manufactured by your own body. Secondly… it is the only antioxidant that can recycle itself. No other antioxidant can do that.

One of the major functions of Glutathione is maintain what is known as cellular redox homeostasis. The simplification of this is that Glutathione helps maintain the oxidational level of cells and holds it in check.

Another function of Glutathione is that it will protect against oxidative stress of the immune system allowing newly formed immune cells to proliferate to attack germs, viruses and the like.

One of the most important things in this modern industrial world is that Glutathione is the first line of protection against environmental chemicals and toxins. It not only sequesters free radicals but other things like household chemicals that could be ingested or [absorbed] on the skin.

I can tell you again that Glutathione is the most important endogenous antioxidant there is.”

Dr. Nagasawa received his B.S. degree in chemistry from Western Reserve University (now, Case-Western Reserve) in Cleveland, Ohio, and a Ph.D. degree in organic chemistry from the University of Minnesota. Subsequently, he spent two years as a Post-doctoral Fellow in biochemistry at the University of Minnesota before joining the research staff of the V.A. Medical Center in Minneapolis as a Senior Chemist. He was appointed Assistant Professor of Medicinal Chemistry at the University of Minnesota in 1959. He was named Principal Scientist of the VAMC in 1961 and was promoted in 1976 to Senior Research Career Scientist, a nationwide VA title reserved for the VA’s top scientists. He was promoted to Associate Professor in 1963 and to Professor of Medicinal Chemistry in 1973.

Dr. Nagasawa has held joint professorships in the Department of Pharmacology and the university-wide Division of Toxicology, and served as Visiting Professor at Washington State University in 1990. He also served for 32 years as a Senior Editor for the prestigious international Journal of Medicinal Chemistry from 1972 to 2004, and one year as Acting Editor-in-Chief. In addition, he served on the Editorial Board of the journal, Bioconjugate Chemistry for eight years, and as an ad hoc grant reviewer for the NCI and NIAAA, National Institutes of Health.

Dr. Nagasawa has published over 165 papers in peer-reviewed journals. In June of 2010, Dr. Nagasawa and his team attended the National Institutes of Health-Homeland Security 4th Annual Countermeasures Against Chemical Threats Network Symposium to present their work on the cyanide antidote.

Dr. Nagasawa ha long been regarded as one of the worlds leading research scientists on cellular function, Glutathione and the chemistry and delivery of Glutathione. He and his laboratory have be awarded an extraordinary 9 patents.

If you’d like to read what other leading doctors have said regarding the importance of Glutathione, message us.

Spread the word to your family and friends about Boston Testosterone’s Glutathione Optimization programs.

Dr. K has over 30 years of experience.

Discover a New You