In 2007, Life Extension® led the battle against Congress’s ill-conceived campaign to re-classify DHEA (dehydroepiandrosterone) as an “anabolic steroid drug” — an act that would have made this life-sustaining compound unavailable to the American public without a prescription.

Sometimes called the “youth hormone,” DHEA is the most abundant hormone precursor in the human body and a source of the sex hormones.

Its steady and precipitous decline is an inevitable consequence of aging, (1) and contributes to the onset of degenerative disease.

The latest scientific discoveries indicate that as little as 50 mg of DHEA per day may:

Daily intake of 90 mg per day and higher has been shown to improve cognitive function and alleviate depression both in the elderly and among individuals suffering from debilitating mental illness. (6,7)

In this article, you will discover the most up-to-date evidence of DHEA’s profoundly beneficial impact across multiple systems of the body.

In fact, 2009 witnessed extraordinary advances in our understanding of the cognitive and memory-enhancing benefits of DHEA.

Two large studies showed that levels of DHEA-S in elderly patients correlated significantly and positively with cognitive function. (Chemically similar to DHEA, DHEA-S is the sulfated form of DHEA.)(8,9) Prior research had shown that higher DHEA-S levels were directly associated with improved concentration, working memory, and executive (decision-making) function.(10)

Israeli scientists found that the cognitive dysfunction that occurs in schizophrenia is also partly associated with levels of DHEA-S and other neurosteroids.(11) Supplementation with 200 mg per day of DHEA in schizophrenic patients improved attention and motor skills compared with placebo.(6) Although the direct symptoms of schizophrenia were unaffected, DHEA’s ability to provide relief from the cognitive deficits associated with this severe psychiatric condition may significantly improve quality of life in these individuals.

The last few years have also yielded new pre-clinical data on DHEA’s neuroprotective, memory-enhancing effects. In one noteworthy study, DHEA significantly improved memory retention and consolidation in mice—especially when the experimental equivalent of an emotional stimulus was involved.(12) This may be related to DHEA’s ability to stimulate the proliferation of key brain cell receptors specifically associated with memory processing.(13)

When given to aging rats, DHEA was shown to enhance brain cell utilization of ATP—the body’s fundamental energy-storage molecule—thereby protecting the cell membranes from age-related damage.(14) Impaired energy utilization and reduced production of ATP contribute to the “neuronal energy crises” that underlie Alzheimer’s and other neurodegenerative diseases.(15)

A landmark 2007 study showed that DHEA supplementation of 150 mg twice daily improved memory recall and mood in healthy young men, specifically increasing activity in the hippocampus, the region of the brain most closely associated with mnemonic function (memory).(5)

Depression often accompanies aging, frequently emerging in older individuals.(16,17) Fortunately, we now recognize depression as an essentially physiological condition—one that can be treated. Low DHEA levels are known to render aging humans more vulnerable to depression in the presence of triggers such as rejection or isolation.(18) Negative emotional stimuli have been shown to lower DHEA levels even further.(19)

Supplementation with DHEA can powerfully mitigate depression and its effects. A National Institute of Mental Health study of depressive men and women aged 45-65 years showed significant improvement over 6 weeks among those who took 90 mg of DHEA per day for 3 weeks and then 450 mg per day for 3 weeks, compared with placebo.(7)The study also showed significant improvements in sexual functioning scores in supplemented patients, but not among control patients. In a rare admission from the generally conservative National Institute of Mental Health, their conclusion was, “We find DHEA to be an effective treatment for midlife-onset major and minor depression.”

In a set of studies, DHEA was found to improve both mood and energy while alleviating depression.(20-22) Israeli researchers also demonstrated minimal effects on other hormonal profiles, alleviating concerns about adverse events with DHEA.(23)

A remarkable 2006 study demonstrated reduction in depressive symptoms in an especially challenging population—patients with HIV/AIDS.(24)

Several 2009 studies revealed associations of low DHEA levels with a number of neuropsychiatric conditions and were able to show that DHEA influences gene expression in the brain.(25) For example, DHEA modulates expression of genes directly involved in appetite regulation, energy utilization, and alertness.(26) Another study demonstrated that DHEA acted in synergy with the antidepressant fluoxetine (Prozac®), leading researchers to suggest DHEA as “a useful adjunct therapy for depression.”(27)

Support for Aging Bones and Joints

A 2000 study demonstrated improved bone turnover—more marked in women than in men—during a year-long study of daily 50 mg supplementation with DHEA.(28) (Bone turnover is the natural process by which the body replaces old bone from the skeleton and replaces it with new bone.) By 2003, laboratory evidence emerged suggesting that DHEA could potentially enhance joint function and ward off osteoarthritis (OA).(2)

DHEA treatment of cartilage tissue taken from patients with OA increased production of healthy, flexible type II collagen protein, while reducing production of the less flexible type I collagen associated with scar formation.2 DHEA also modified the imbalance between cartilage-destroying enzymes and those that protect cartilage from damage. These impressive effects were the direct result of DHEA’s capacity to favorably modulate gene expression.

DHEA’s effects on bone structure are no less significant. A double-blind, randomized, controlled trial of 50 mg per day of DHEA administered orally versus placebo for 12 months showed improved hip bone mineral density (BMD) in older men and women with low DHEA-S levels, with additional improvements in spine BMD in women.(3,29) A larger study in 2008 showed that DHEA not only improved lumbar spine BMD in women (not men) taking 50 mg per day for a year, but it also reduced blood-borne markers of bone resorption,(30) an important measure of overall bone health and bone aging. Not surprisingly, the addition of vitamin D and calcium supplements to a DHEA regimen may afford further benefit.(31)

Among individuals stricken with autoimmune disorders such as rheumatoid arthritis or lupus, treatment with conventional corticosteroids not only over-suppresses the immune system, it can also promote bone resorption and catastrophic fractures. DHEA has been shown to reduce expression of cytokines and other factors that lead to bone resorption in steroid-treated tissue, while still suppressing inflammation effectively.(45)

There’s good news for asthma and allergy patients who respond poorly to regular steroid usage as well. DHEA is now known to suppress allergy-induced inflammatory cytokines in reactive airway cells while increasing the ratio of beneficial interferon to inflammatory cytokines—highly significant advances in the management of this troubling condition.(46)

We’ve known for over a decade that DHEA protects against obesity and its consequences in aging and diabetic animals .(47,48) In 2009, scientists confirmed that low DHEA levels in men were linked to diabetes and coronary heart disease.(49) DHEA powerfully modulates gene expression to shift the metabolic balance in favor of energy utilization and away from storage as fat.(50)

DHEA is highly protective against diabetes and its complications. In diabetic rats, DHEA prevented increases in oxidant stress and oxidative damage related to the disease. It also significantly improved blood vessel relaxation, improving blood flow.(57) DHEA induces genes in muscle tissue that increase uptake and utilization of blood glucose as energy, significantly lowering blood sugar in diabetic animals.(58) In humans with type 2 diabetes, DHEA counteracts oxidative imbalance and the formation of deadly advanced glycation end products (AGEs), and downregulates the inflammatory TNF-alpha system—effects that may prevent the onset and slow the progression of deadly diabetes. (59)

The past several years have witnessed extraordinary advances in our understanding of DHEA’s cardioprotective power—and its relationship to cardiovascular disease.

A 2009 study of 153 diabetic men with stable coronary heart disease (CHD) found that 77% were DHEA-S deficient, significantly more than in healthy peers.(60) Over the next 19 months of follow-up, 43 of those men died of CHD; the data showed that low DHEA-S and low testostosterone levels were two of the four most significant predictors of death.

A 2009 study from the University of Pennsylvania discovered a surprisingly close relationship between mortality and the trajectory of DHEA-S decline in older adults.(61) Specifically, a rapid or erratic decline in DHEA-S predicted earlier death, and both together increased the death rate by nearly threefold! Regular blood testing for healthy DHEA-S levels are the only way to detect these lethal changes in DHEA levels early. It is of paramount importance that you have your DHEA-S levels checked at least once a year.

Enhanced Well-Being and Libido Even in Challenged Populations

Studies as early as 2000 demonstrated how DHEA improved well-being and could help to manage menopause without deleterious effects.(28,66) In 2006 it was revealed that 50 mg per day of DHEA could improve psychological well-being even in challenging populations such as those with decreased pituitary function.(67)

A 2009 animal study may shed light on some of the physical causes behind these benefits: DHEA applied to the smooth muscle of rabbit clitoris resulted in significant relaxation,(70) allowing the increased blood flow and engorgement that results in enhanced sensitivity during sexual arousal.

A growing body of scientific evidence suggests that DHEA has especially favorable effects on skin health and appearance. In a 2000 laboratory study, DHEA was shown to increase production of collagen—the protein that gives youthful skin its suppleness—while decreasing production of the collagenase enzymes that destroy it.(71)

It wasn’t until 2008, however, that Canadian scientists discovered more than 50 DHEA-responsive genes in the skin of women using a topical DHEA crème. (72) DHEA “switched on” multiple collagen-producing genes and reduced expression of genes associated with production and cornification (hardening) of the tough keratinocytes that form calluses and rough skin. The researchers concluded, “DHEA could exert an anti-aging effect in the skin through stimulation of collagen biosynthesis, improved structural organization of the dermis while modulating keratinocyte metabolism.”

Other unexpected benefits of topical DHEA on aging skin are emerging. DHEA treatment increases production of sebum, or skin oil.(73) Sebum not only contributes to smooth, supple skin; it also contains myriad antimicrobial components that prevent infection and irritation. Topical DHEA also improves skin “brightness” and counteracts the “papery” appearance of aging skin, combating the epidermal thinning that is a visible hallmark of aging.(73) The study authors note that these are “beneficial effects on skin characteristics that are rarely provided by topical treatments.”

Note: Individuals who have been diagnosed with a hormone-dependent cancer should not supplement with DHEA until their cancer is cured.

The Health & Rejuvenation Center offers various therapies for our patients and comprehensive health screenings, including DHEA Therapy and Testosterone Therapy. If you would like to learn more, just follow this link and fill out our short Contact Form for a Free Consultation or Call Us at 800-466-2209 to speak with one of our Clinical Assistants.

“The Greatest Health of Your Life” ℠ 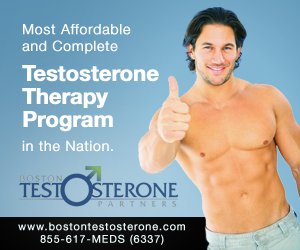